This page was created programmatically, to read the article in its original location you can go to the link bellow:
https://blabbermouth.net/news/pat-travers-announces-new-album-the-art-of-time-travel-shares-ronnie-montrose-tribute-song
and if you want to remove this article from our site please contact us


Pat Travers, the blues rock icon and guitar-slingin’ wizard, is set to return to center stage with a masterful new studio album to be released worldwide on August 19. “The Art Of Time Travel” is a solid testament to the magic of Travers‘s unique brand of classic blues rock, which has that supernatural ability to transport listeners into the not-too-distant past when rock was king and guitars dominated the airwaves — all while still sounding as fresh and relevant as ever.

Indeed, “The Art Of Time Travel” harkens back to the muscular playing of Travers‘s late ’70s heyday, when the artist was topping the charts with smokin’ hot albums such as “Crash And Burn” and the live “Go For What You Know” album, yet still tackles current topics such as the COVID quarantine (“Breaking Up In Lockdown”). One of the standout songs is Travers‘s emotional and cathartic tribute to his friend and mentor, the late Ronnie Montrose. Montrose was one of the most gifted and influential guitarists of his time, whose profound impact on Travers can be heard on the single “Ronnie” and throughout “The Art Of Time Travel”.

Travers had this to say about his relationship with Montrose: “I was hugely influenced by Ronnie Montrose as a guitar player and band leader. I first saw him playing guitar for Edgar Winter. I just loved his attitude as the lead guitar player. He always had this intense look in his eyes like he was ready to bust out a smoking guitar riff at any second. He became a good friend and it was always a blast to talk with him on the phone. I mentioned to him once about his intense gaze when I had seen him live and he told me that his brothers called him ‘Captain Hi-beams’ when they were kids. I thought that was funny. Ronnie was a very, very nice guy and I miss him.”

Toronto-born Travers is truly a swaggering hard-rock axeman. He picked up the guitar after a Jimi Hendrix performance in Ottawa. His debut album was released in 1976, and while his most successful releases like “Makin’ Magic” and “Crash And Burn” are now more than 40 years old, he never consigned himself to the nostalgia circuit. 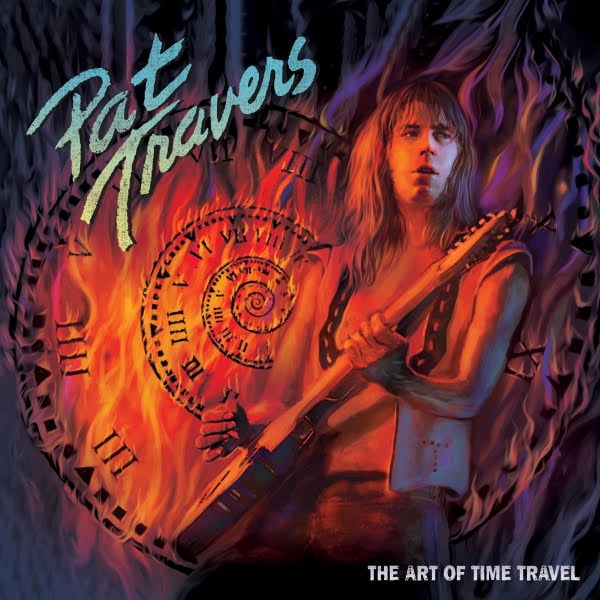 This page was created programmatically, to read the article in its original location you can go to the link bellow:
https://blabbermouth.net/news/pat-travers-announces-new-album-the-art-of-time-travel-shares-ronnie-montrose-tribute-song
and if you want to remove this article from our site please contact us

Airfares, hotel rates and rental car prices fell in July. Here's how you can score a good deal

Airfares, hotel rates and rental car prices fell in July. Here's how you can score a good deal