This page was created programmatically, to read the article in its original location you can go to the link bellow:
https://www.ft.com/content/2b67e6a2-e388-4540-b4b7-ffe2d268c51d
and if you want to remove this article from our site please contact us


In 1950, nine winemakers gathered in Italy’s Emilia-Romagna region, their mission to create an affordable crowd-pleaser for the everyday drinker. The result, a syrupy sparkling red lambrusco, took an ancient Italian wine and made it marketable to America. Riunite was an instant success, selling more than 11mn cases at its peak in the ’80s. It also dealt a near-deadly blow to lambrusco, which quickly became synonymous with saccharine sweetness and an unshakable ad jingle: “Riunite on ice, that’s nice!”

Traditional lambrusco, which has been drunk in Italy since the Bronze Age, is without this bravado. Made from six main varieties of lambrusco grape – none of which is particularly sweet – it’s the most famous example of sparkling red wine, a growing presence on wine lists. Excellent accompaniments to cured meat and cheese, these bottles spell a departure from the mass-market fizz of 50 years ago. As Pierre Malouf, Ottolenghi’s head wine buyer, says, sparkling reds “are like Cher in Clueless: the cooler, more fun friend”.

For a classic take on lambrusco consider Camillo Donati, a winemaker in the heart of Emilia-Romagna whose biodynamic vineyards have been in the family for almost 100 years. Donati’s crisp and robust interpretation serves as the perfect counterargument to the idea of lambrusco being too sweet. Naysayers should follow up with Storchi Pozzoferrato and Quarticello Neromaestri, two blood-red lambruscos packed with earthy flavours and dark, frothy fruit.

At Mayfair wine shop Hedonism, sales of sparkling reds are being driven by younger drinkers – particularly those with “a more modest budget”, says buyer Laurence Walker. Both of Hedonism’s lambruscos are priced under £20, around £10 cheaper than a mid-range champagne. Walker’s favourite is Cantine Ceci’s Otello Nero di Lambrusco, which has notes of pomegranate, violet and wild berries. Serve with luganega sausage for a northern Italian-inspired primi.

Hannah Crosbie of Dalston Wine Club says that the new demand for sparkling reds is a symptom of “people feeling empowered to drink what they want as opposed to drinking what they’ve been told to enjoy”. Whereas previous rules dictate serving red wine at room temperature, sparkling versions are generally served chilled to help heighten acidity. (Avoid going too cold, however, or you’ll risk muting its more delicate notes.) Il Farneto, one of Crosbie’s favourite winemakers, offers three sparkling vintages – a white, a red and a rosé – with red being “by far the most popular” when served at her tastings.

Many sparkling reds are of the pétillant naturel genre, where wine is bottled fermented without the addition of outside sugars. These interpretations tend to be on the fresher, more fruit-forward side of things – see Casa Belfi’s floral Rosso Bio Frizzante and Domaine La Calmette’s Nyctalope, a lightly sparkling malbec. 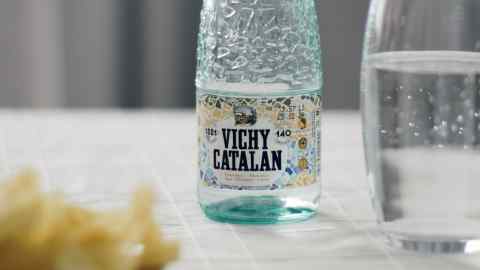 In eastern France, Anjou native Romain Verger of Lé Thio Noots prefers the Gamay grape variety, which he macerates for six days and presses quickly to create his Hénadé Bulles. Don’t be afraid to give this one ample time in the fridge – the generous fruit flavours can stand up to a full two hours.


This page was created programmatically, to read the article in its original location you can go to the link bellow:
https://www.ft.com/content/2b67e6a2-e388-4540-b4b7-ffe2d268c51d
and if you want to remove this article from our site please contact us